June 2019 will mark the 50th anniversary of the riots at New York’s Stonewall Inn and the event remembered each year as the start of the modern day LGBT civil rights movement.  There were many events before Stonewall that went unreported and there were dozens of lesbian, gay, bisexual and transgender people who contributed greatly to gay history and to our civil rights movement.  This year on Outbeat Radio, we are celebrating them all and sharing with you some of the people and stories that happened before and after Stonewall. 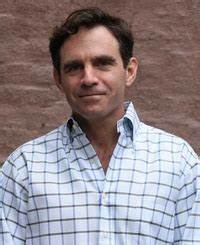 Eric Marcus is an accomplished author and historian.  While conducting research for “Making History” and “Making Gay History,” Eric interviewed dozens of well known, and some not so well known, people who took part in shaping gay history.  More recently, he created the Making Gay History Podcast series to both preserve these amazing stories and to share them with young and old.  These priceless conversations unveil a largely hidden part of American history.  They give us insight to the struggles and sacrifice many of those who came before us experienced and that have contributed to making our lives better today.

We are excited to have Eric Marcus working with Greg Miraglia throughout 2019 to share some of his interviews as an Outbeat Extra on each of the 5th Sundays this year.  Each show will feature 2 or 3 conversations Eric recorded over the last few decades.  I hope you listen and become inspired to learn more.  And I hope you take time to reflect during this year’s pride season on the last 50 years of our history.  Let the stories of these brave men and women fill you with pride.

Remember, you can listen to these special shows with Greg Miraglia and Eric Marcus locally at 90.9 and 91.1FM,  on this website from anywhere in the world with Internet access, or on a mobile device using the free KRCB mobile app.  Download it today and be ready for our next show.