Gilbert Baker, the creator of the rainbow flag, passed away peacefully in his sleep at his home in New York on Friday, March 31, 2017. He was 65 years old.   A vigil was held at Castro and Market in San Francisco that night.  His long-time friend Cleve Jones spoke about Gilbert describing him as a drag queen, a sister of perpetual indulgence, a revolutionary, and someone who dedicated his life to his community and to the movement. 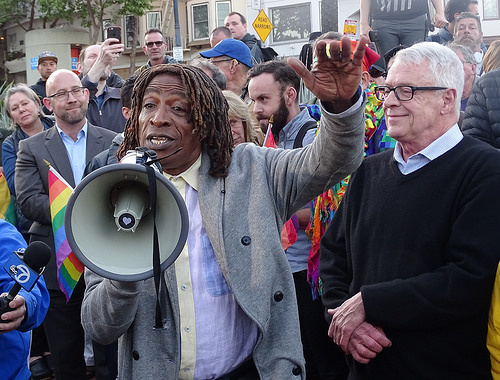 The crowd of over 200 then marched down Castro Street to 18th Street carrying the last rainbow flag banner Baker made. 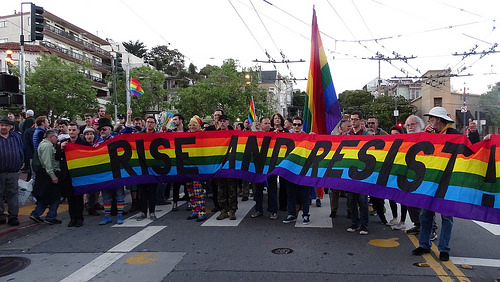 Every major Bay Area news organization was there to capture the moment. 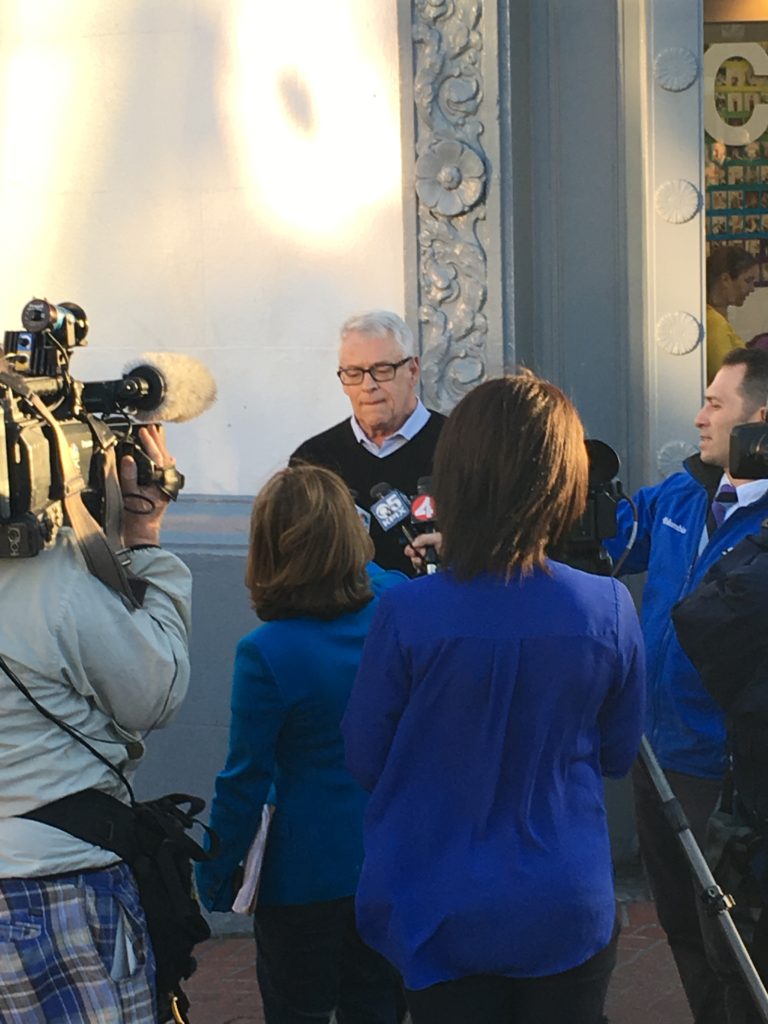 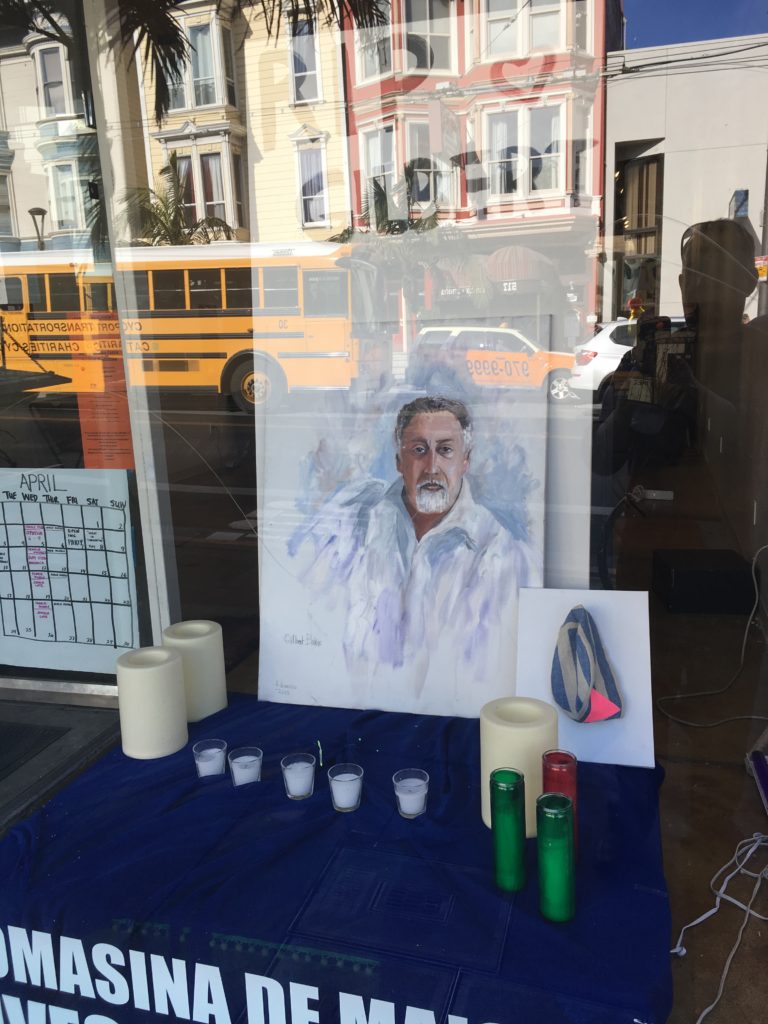